We were six days into our journey through Southwestern Oklahoma, on a mission to gather footage for a multi-chapter documentary series called “Being Indian in Oklahoma,” directed by Prof. Campbell Dalglish of the Film and Video Production program at The City College of New York, targeted for the Smithsonian Institution’s National Museum of the American Indian. I signed on to the project as an intern through the Colin Powell Center at City College, and was tasked with being the 2nd Camera Operator under Niav Conty, Director of Photography and CCNY MFA Media Production Alum. 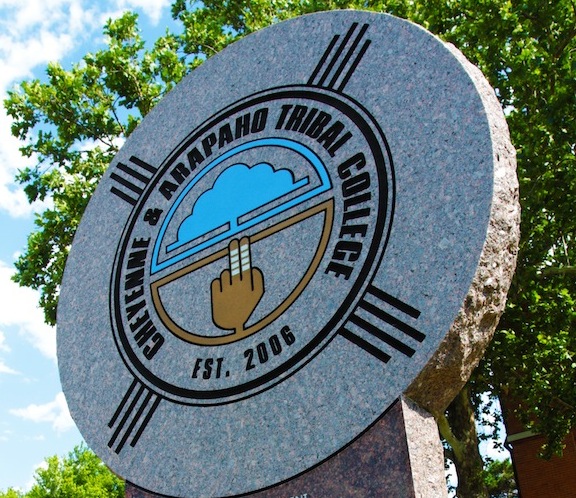 The rain had stopped early in the evening, leaving everything glistening as the sun began to sink behind the clouds. It was a beautiful June weekend in the town of Clinton, Oklahoma. I stood in a red mud puddle outside of one of the local Cheyenne-Arapaho community centers. Inside, Indians of different tribes danced to the steady heartbeat of the drums and made offerings to those who were sick or in need, or simply to their fellow community members, out of love and respect. Camera in hand, crouched and propped against an air-conditioning unit, I focused my lens on a group of children as they played “follow the leader” and climbed onto a storage unit next to an elementary school—a classic image of the carefree days of childhood.

We were six days into our journey through Southwestern Oklahoma, on a mission to gather footage for a multi-chapter documentary series called “Being Indian in Oklahoma,” directed by Professor Campbell Dalglish of the Film and Video Production program at the City College of New York, which was targeted for the Smithsonian Institution’s National Museum of the American Indian. I had signed on to the project as an intern through the Colin Powell Center at City College, and was assigned to be the second camera operator under Niav Conty, director of photography and CCNY MFA media production alum.

I came to the project with the assumption that most of what I learned in high school about the history of American Indians was false, or at least heavily biased in favor of a narrative heralding European colonialism. I quickly learned from our native hosts that my assumptions were correct. We’d spent this particular morning interviewing Dr. Henrietta Mann, president and co-founder of the Cheyenne-Arapaho Tribal College, about her personal journey of acceptance of what happened during the events of the Sand Creek Massacre of 1864—a dark and painful episode in Cheyenne history—and one that most certainly never made mention in any history class I’d ever taken. It was a very emotional interview for Dr. Mann, and a very eye-opening one for me.

Making a documentary is at all times both exhilarating and exhausting. And if it’s a documentary worth making, the filmmakers will be cautious and wide-eyed as they tread the thin ice of a sensitive subject. I kept this professional understanding of mine foremost in my mind given that we were profiling American Indians—not only members of the Cheyenne-Arapaho tribe, but the Caddo, Kiowa, Cherokee, and many more—people who have not only been terribly wronged throughout history, but who have had to witness these injuries being downplayed, misrepresented, and exploited.

This level of responsibility can be simultaneously motivating and debilitating. I found myself impassioned with the idea of spreading knowledge, curing ignorance, and righting the wrongs of the past. And at times I stumbled over my thoughts and second-guessed my actions, fearful of joining the long list of “good-intentioned” anthropologists and filmmakers who have disappointed hopeful and trusting Indian people in the past with inaccurate or incomplete portrayals.

My trip to Oklahoma placed me somewhere different from anywhere I’d ever lived— geographically and culturally. Yet, I was frequently reminded of the small town outside of Buffalo, NY, where I’m from. Be it a parked car under a streetlight on a suburban road, or the friendly smile of a gas station attendant: In these images, I saw my reflection. Yes, we must take stock of personal and cultural differences associated with our varying ethnicities, places of origin, class divisions, and religious affiliations. Without this we would trudge ignorantly over one another’s metaphorical (and literal) sacred grounds. Yet, at the same time, our humanity links us at the most basic levels: the love we have for our families, the characteristics we admire in our friends, and our connection to the spiritual by way of our relationship to the natural world and to our examination of life’s various mysteries.

Perched with my eye locked into my viewfinder, recording the children at play, I felt a tremendous sense of harmony with the universe. It wasn’t as though I was “deep in the heart of some exotic land,” as was the impression that some fellow New Yorkers expected me to relay upon my return. Instead, I felt as though I was recording something that I could have just as easily found outside my own elementary school back home on any given Saturday in June. It might seem obvious, but in that moment, the notion was nothing less than profound.

"Social Thought with a Public Purpose" The Colin Powell School houses the activities in the Social Sciences at the City College of New York, connecting education and research to critical public concerns. Rooted in the Harlem community, the school is global in its diversity, outlook, and reach. View all posts by Colin Powell School

One thought on “Reflections Through the Lens”